NFL Rush Heroes and Rivals for Windows 8 is an interesting rugby game where players have the right to choose teams and train by playing mini-games and winning the ball matches.

When popular sports like football or tennis flood the market, players rarely find American sports and traditional sports such as rugby or baseball. NFL Rush Heroes and Rivals will take you to beautiful America and favorite traditional sports in this country – rugby. 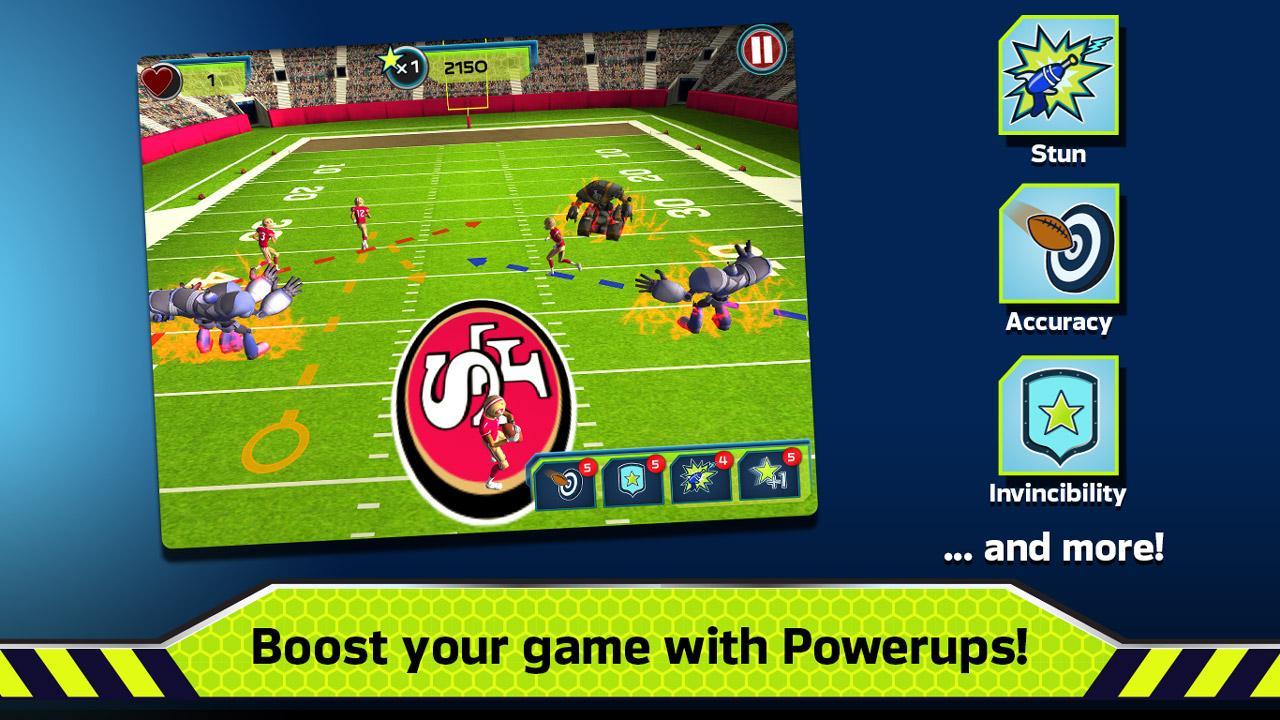 Main features of NFL Rush Heroes and Rivals for Windows:

– Team training: Play 8 mini-games designed to train skills for each position in the team

– Build your own style: Create avatar for players and choose the school team as well as customize the outfit, appearance for the character.

– Show teamwork and see how many fans will follow your team.

– Join the match against other teams in Red Zone. 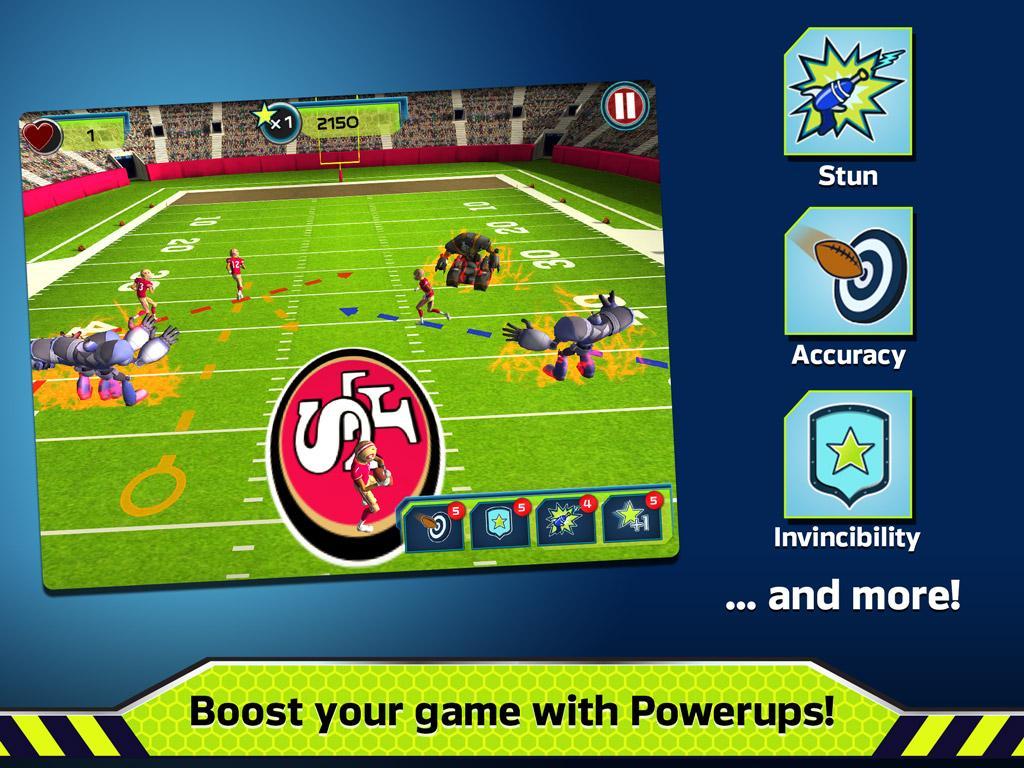 NFL Rush Heroes and Rivals players have a wide choice of playing positions such as Quarterbacks, Running Backs, Wide Receivers, and Linebackers, Defense Tackle, or good defense kicker. Each position has to sharpen its own skills such as football… In addition, the game also features a mini endless runner game and trivia game to add variety to the NFL Rush Heroes and Rivals gameplay.

The character can be customized to a certain level such as hair color, eye color or outfit style. When you have finished the exercises and feel satisfied, you can take your team to fight with another team in Red Zone Rivals. The room when you do not know the rules of the game, the game also has pretty detailed instructions.

NFL Rush Heroes and Rivals are rated 4 stars on the Windows Store and are also quite attractive options. If you want to learn more about one of the most popular sports in America, you can try this free rugby game.