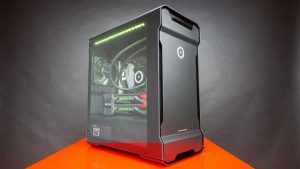 If you’re a gamer, you’re not alone. More than 1.2 billion people across the globe play PC and Internet video games. It’s a trend that’s likely to continue with gamers playing on the go. Mobile games are taking some market share from traditional arcade games. Online gaming platforms give players almost unlimited gaming options. The excitement and adrenaline help gamers push boundaries while using problem-solving skills to beat the competition.

More than half of developers focus on the mobile market. In 2016, China beat out the US in gaming revenue by more than 1 billion dollars. The income making potential is huge if you’re thinking of moving from playing to getting paid. Streaming platforms offer free, paid, and free-to-play games. Paid games cost money upfront. It’s deducted from the gamer’s account before he or she begins. Any one can start playing free-to-play games. There are options within the game to purchase items that will help the player win, such as weapons, protection, or customization.

Gaming is a social outlet. Developers are making more multi-player games that allow people to meet friends and play with new friends through the Internet. Sixty-four percent of US citizens play video games and gaming accessories and hardware account for 19 percent of consumer spending.

Universities are getting in on the action by offering courses for specific games in some countries. More popular games like Dota 2 and League of Legends draw professional players who compete in tournaments to win millions in prize money. E,-sporting is the new normal, giving talented players coverage on major networks, like ESPN and BBC.