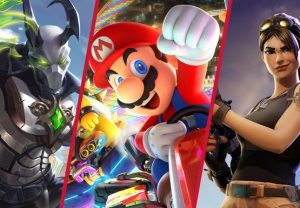 Route 59 has come a long way since the developer created its first video game, called Project Ven in 2015. After award recognition and some investment support, the company is releasing its first commercial game, Necrobarista in 2019. The story explores the point of view of each of its characters. It’s a visual novel that uses cinematography to draw the player into a 3-D, animated experience in a supernatural cafe that gives the newly dead one last chance to interact with the living.

Ashley Capek is a thirteen-year-old inventor that has a growing number of blade-wielding robots. She’s as smart as they come and a fierce force to encounter during the game, as she alternatively wreaks havoc and plays video games of her own.

Edward “Ned” Kelly is also known as cranky pants. He’s the enforcer with a harsh personality that matches his iron head covering. It’s a necessary persona, because it can’t be easy to accomplish all the assignments given to him by a Council of Death.

Maddy Xiao is learning her coffee career on the fly, under the tutelage of one of the best, Chay Wu. She’s a quick learner, infusing the coffee with dark magic. According to the developers, the mystifying mixture of souls and roasts makes a great cup of joe.

Chay Wu is the ultimate necromancer. He’s been serving coffee at the cafe for decades, surviving the dangerous business of mixing business with the newly dead. He’s beaten the odds by outliving those who’ve died in the profession, and he’s open to sharing his knowledge to help others do the same.

For gamers who like experiencing the game’s first-rate coffee-house while exploring a mythical hangout for the dead, Necrobarista is available in 2019 on Nintendo Switch, via Stream on MAC and PC, and on PlayStation 4.