Neighbors from Hell is a mischievous neighbor game, belongs to extremely attractive intellectual strategy game genre which attracts many players. Participating in the game, you will be responsible for helping the boy disturb the daily life of his neighbor.

If you love the boy’s mischief, you can continue to learn part 2 titled Neighbors from Hell 2, to meet more new characters, discover more mischievous new ways to bring those lighthearted laughter after stressful work and study.

When playing, you skillfully take advantage of the furniture in the house to set traps, causing great damage to the neighbor. Of course also need to observe, pay attention to time. Setting the wrong trap or not calculating the time is very easy to be “beaten” by a neighbor! 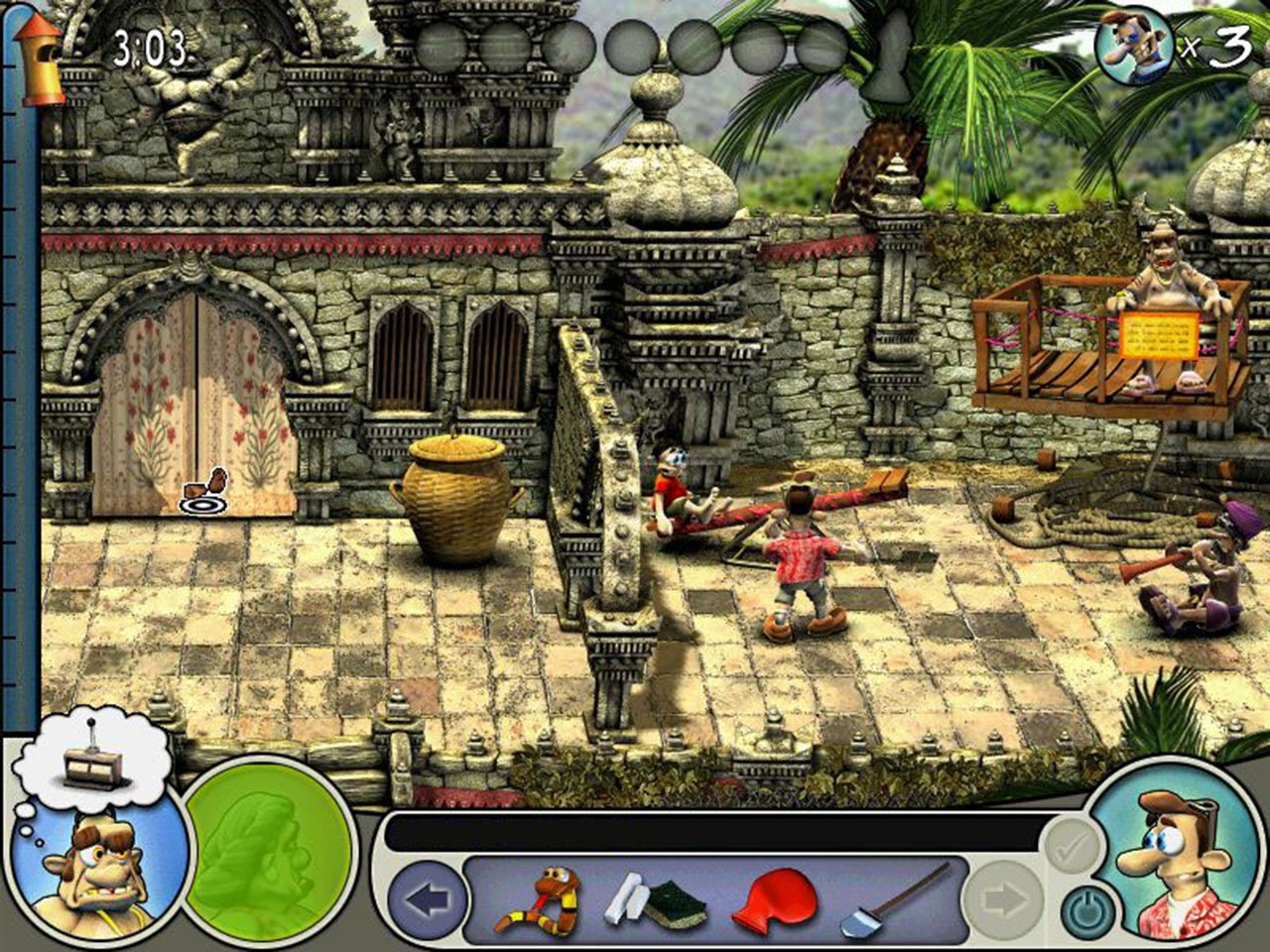 In the fun game for computer Neighbors from Hell, the player will control the character Woody revenge on his neighbor Rottweiler. Perhaps there was nothing that angered the neighbor more than he had done all the things that made life turn upside down. If they appeared together in a reality TV show, it would be even better.

In the fun game for PC Neighbors from Hell, each play (stage) includes many rooms that allow the player to move the character Woody. There is a very important thing that players need to remember is to try not to appear in the same room with neighbor Rottweiler, otherwise they will have to play it again. However, there are also cases where the character is forced to share a room with his neighbor. When this happens, the player must help the character hide in the enclosed space or hide under the bed. 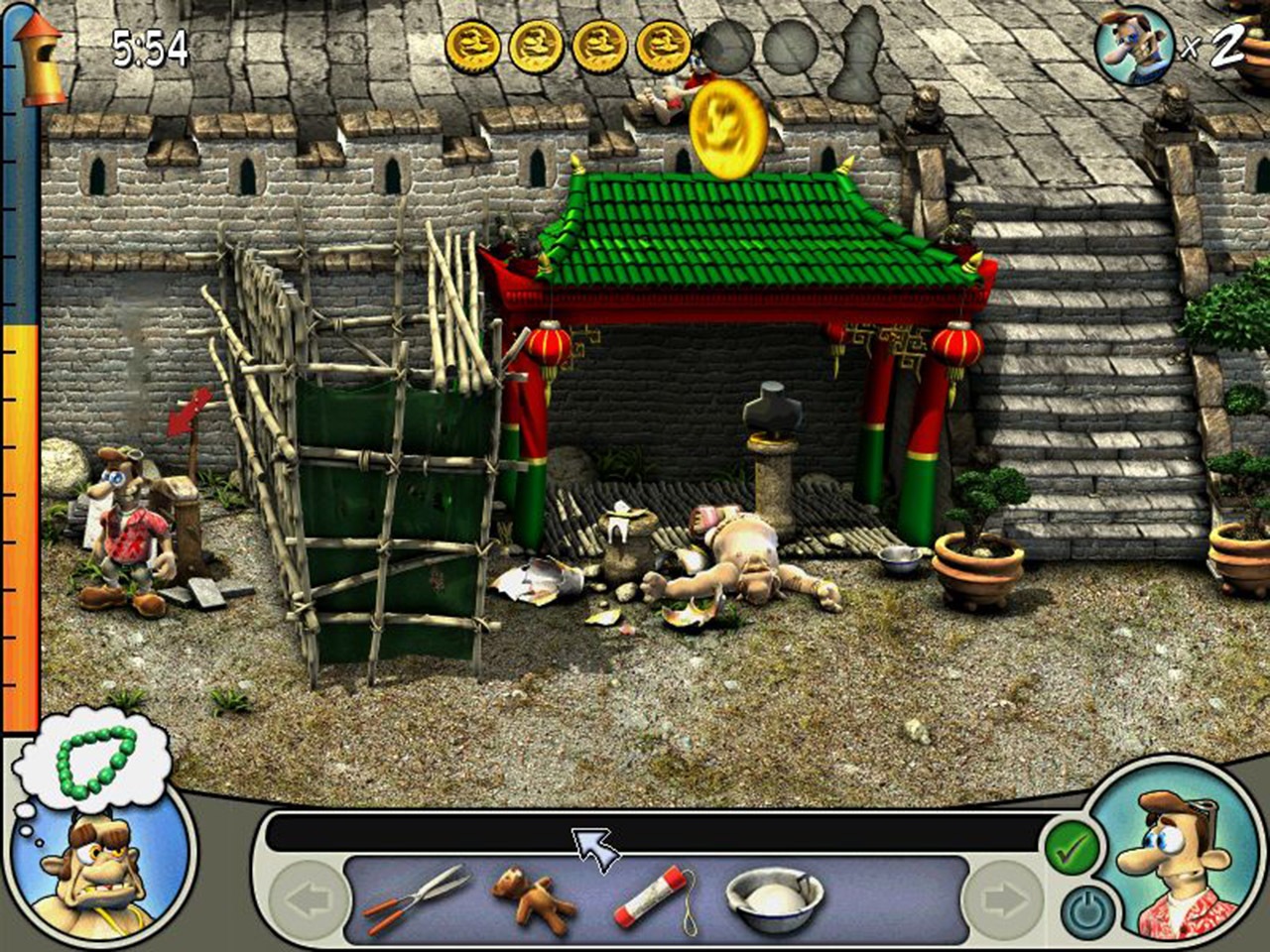 Players will try to make hoaxes just like when playing an adventure game, which means finding objects in the house that can be used to tamper with the neighbor’s daily activities. Example: The player can attach glue to the binoculars to attach to his face or break the antenna so that the TV does not work.

In a fun game for PC Neighbor From Hell 1, the neighbor will be assisted by two pets: the watchdog and the parrot named Chilli. Whenever one of these animals sees the player’s character, they will notify the owner. To bypass them, the player must move very quietly using the ability to hide (right click). 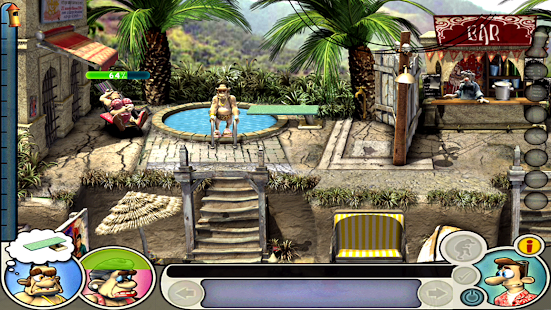 The main goal of the fun game for Neighbors from Hell is to make laughter so most situations are very funny. The pranks that Woody used with his neighbor lacked the same caution as those used by Macaulay Culkin with thieves who wanted to rob their home. You can download Neighbors from Hell to prank your neighbor right now. Note that the Demo version of this fun intellectual game has a limit that only the first 2 cards can be played.