The following are the top five stars capable of creating and passing the ball in the most spectacular FIFA Online 4 game, and two of them come from Real Madrid: Luka Modric and Toni Kroos. 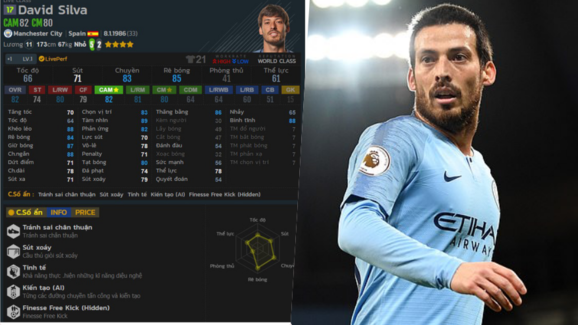 Silva has qualities in the game that are no different from real life, the Spanish midfielder can play in midfield or midfield, and both do well in both positions. Silva handled the ball well, skillfully and, of course, constructed the ball with extreme precision. It may not be the peak period itself, but Ozil on FFO4 is still one of the best midfielders. Mesut Özil is famous for one-touch finishes, with the spin and danger very unpredictable, not to mention the German midfielder also possesses hidden indicators such as Swirling, Subtle, Through people.

However, the disadvantage of the German star is physical strength and speed, those who watch Ozil play in reality are also clear. In return, tactical vision, choice of falling points and delicate handling are advantages that not every midfielder can. Currently a striker, but Messi plays in the central midfield position many times and has proved his quality. The ability to move non-ball, long pass, short pass are all forte of M10. The downside of Messi is that the physical foundation is not really good and of course, penalties, in addition there is no battle, support weak football due to limited bodybuilding. 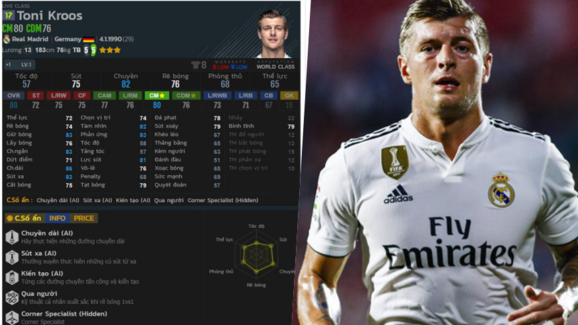 Toni Kroos in Fifa Online 4 has a very good performance from a short pass to a long pass, the most obvious thing is that the Vision +82, Short +83, Long +86 and the long Hide and Tectonics. The ability to corner kick is also the strength of Kroos, the long shot may not be too powerful but the spin in each leg of the German midfielder is extremely dangerous.

Disadvantages: speed and strength are limited, perhaps that is the reason for the current coaches of Real to keep Casemiro playing next to Kroos. 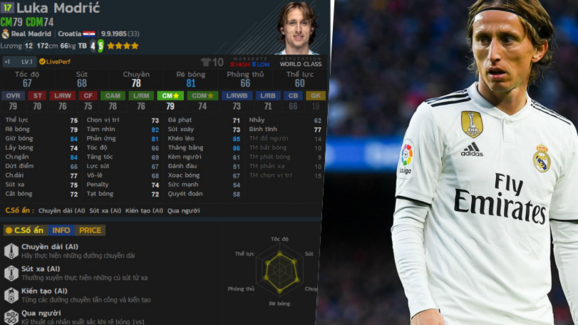 Skillful in narrow range handling, Modric plays extremely well in the CM role, when it can still be an excess CDM. Modric, long cheeks, long passes, and even perseverance and strength are Modric’s strengths. Disadvantages are limited height, speed, dogfight.